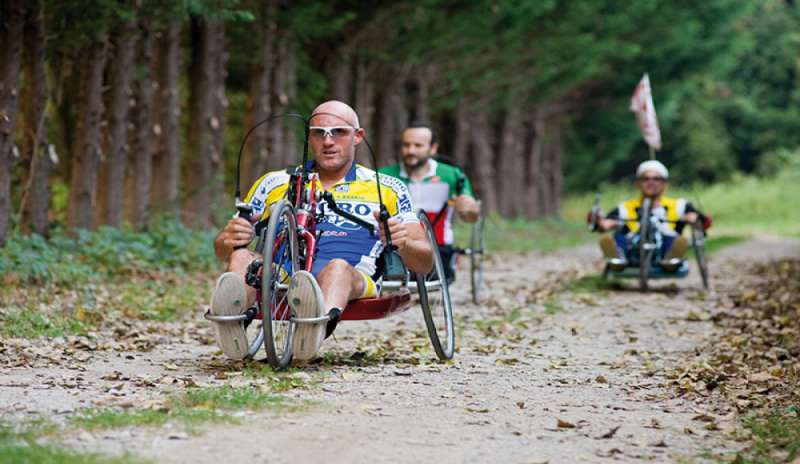 To be reborn after suicide.What may sound like nonsense actually happened to Giordano Tomasoni.He got married at the age of 37 and two years later his first daughter was born – “a blonde angel” and soon enough, “the Mulino Bianco family,” as he put it, “moved from the cookie bag to his everyday life.”He had a job he loved, an adorable wife and plenty of friends to spend his free time with, skiing in the mountain in the winter or riding the mountain bike in the summer.

“As I was about to become father again and Vittoria was about to get a little sister that we would call Alessia, something happened that shattered not just my life, but the life of everyone else around me.”

A dark illness started to make way inside him.Depression.

“One day I saw myself all alone and caught in the grip of a pain so strong that I had to get rid of it at all costs.At that moment I forgot I was a father and a husband, I forgot everything… I lost my reason, as I was driving those three or four kms in order to get to the bridge.I couldn’t see the value of my life and I wasn’t aware of the effects my gesture would have on my loved ones.I only wanted to free myself from the growing despair, in as little time as possible.”It was a cold morning in November, when Giordano parked his car, got out, walked a few steps, climbed over the rail and jumped.“I chose death as alternative to a life that, all of a sudden, didn’t let me feel the aroma of joy any more; because I had nothing to hold on to and, guided by an irrational power, I threw myself in the void, hoping to be able to get rid of my pain and disappear for ever,” he wrote in his book entitled “Being there might be enough.”

He hurt his back in the fall and got a devastating diagnosis:paraplegia.He had asked for death, but only got a wheelchair.During the year he spent the Motor Rehab Center at Mozzo, in the Province of Bergamo, he began discovering a new life.And this was the moment of his rebirth.“In that period, I realized that God exists even in the simple gestures of unknown people, such as those that stood by me in the center’s Spinal Unit.”Love hit him hard in the face and brought him back: “I found faith when I rediscovered human relationships.”

It wasn’t just his life that had to change drastically; but his family’s too.“Not a moment passes, without me thinking how stupid I was to not have noticed my luck.Now, though, I know the answer to the following question:Was it necessary to go that far?I think of the future of my kids and I’m not sure if I’ll be able to provide a good example, even when I try hard to stick to the truth.”

Giordano Tomasoni now holds talks in oratories, schools and other venues, about what could have eliminated all the infinite possibilities we are given, in order to get back to living.He has written two books and is working on a third.He became a member of the Italian Paralympic national team and participated in the recent Sochi 2014 Olympics, in Nordic skiing disciplines:“Seated on a shell to which cross-country skis are attached, I push myself with my arms only and I can tell you that you can achieve a great deal that way… exertion and satisfaction go hand in hand.”He has traveled around Italy with his hand bike and, these days, he is the leader (maglia rosa) in the Giro d’Italia – as he told us with a smile, to confirm his readiness for the final segment of Lugano, the grand finale of September 28.

“I think we don’t talk enough about depression, a condition caused by the lack of serotonin and which can be cured by seeing a specialist.But you need to play smart.We are surrounded by stereotypes:the perfect family, the perfect wife and so on; and when you don’t recognize any of these, life seems wrong.I lost the battle of opening myself up to the others, asking for help and stopping hiding my weaknesses.Let’s imagine being in front of a water source – during the first part of my life, when I was physically intact, I only worried about the glass I needed for drinking: this one is plastic, that other one is in crystal. In other words, I was only looking at the material side of things.During the second part of my life, though, I discovered that the only important thing is the water.” 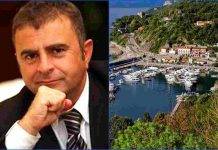 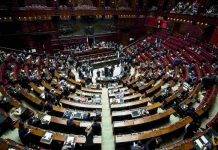 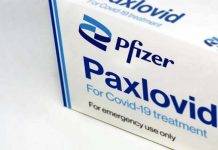 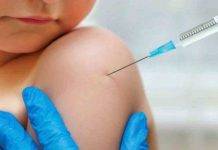 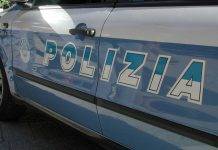 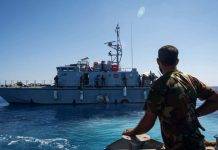 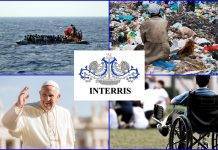